* The Stoning of Soraya M. 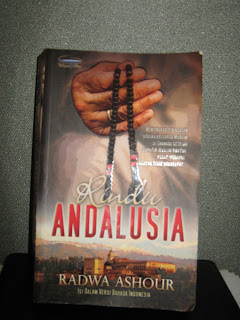 O Iqbal!
The spring of 2002 beckoned my soul and body;
to witness the Muslim remains of Alhambra, Cordova and Sevilla,
to retrace your noble steps and feel the vibrations of your ecstasy,
to feast my aging vision on the haunting grandeur of Alhambra and relish the marchless beauty of Moorish art…

I glided through the cold ruins,
searching for the secrets of the humiliating downfall of Al-Andalus…
The flowing fountains of Jannat’ul-Arif (Generalife) continue to narrate the melancholy of Muslim follies…
How, they succumbed to the same diseases which brought down the mighty Roman Empire
They wrote all over Al-Andalus “La-Ghaliba Illa’Llah”
(There is no vanquisher except Allah)
but they began to worship the mata ad-dunya (pleasures of the world)
and traded their souls for gold, glory, women and wine,
only to end like stray donkeys,
kicked around by the boots of Ferdinand and Isabella
Today, pigeons nestle and make love in the ruins,
their droppings strewn all over the walls,
Western tourists pour out buses and planes,
frolicking in romance, obliterating all pains
while Muslim architectural glory continues to boost the coffers of Catholic Spain

I stood, O Iqbal,
on the hill of Alhambra,
“a stranger, gazing at things gone by, dreams of another age”.

O Iqbal!
Your dreams of Islamic renaissance are in tatters,
In your time the tyrant was Frankish colonization,
Today the Slave Master dons the cloak of globalization,
Piercing through the iron curtain, the bamboo curtain, the sahara and the tropical jungles carrying a civilization of McDonalds, KFC’s and Coca Colas,
While eight hundred million people languish in famine and squalor,
You predicted the collapse of godless and materialistic Europe,
But today she is more united and mightier than the Muslim world.

Today, O Iqbal!
The West is supreme and capitalism triumphantly arrogant,
Islam is the new enemy; in your time it was Bolshevism,
and today every Muslim is a potential terrorist,
You are either with the West or you are against it.
If you conform, the Slave Master’s mercy will descend upon you,
offering bread and dust and blankets
(lest you shiver in the thunderstorm of the New Alliance rage)
Today Musulman is languishing
in the trap of the New World Disorder,
a New Slavery in a Boardless Prison.

O Iqbal!
I wish you have heard the guns of Israel,
the cries from Deir Yassin, Shabra, Shatilla and Jenin,
the savage rumblings of Sharon’s tanks,
the merciless bull-dozers tearing into Palestinians homes,
the explosions of teenage suicide bombers,
the ruthless retaliations of Zionist terrorism
(no, no, no, you cannot call it a terrorist state!)

O Iqbal!
You would weep if you know that Pakistan is now bleeding,
Kashmir is bleeding, Chechnya is bleeding, Moroland is bleeding,
And Acheh is bleeding!
And Indian Muslims are burned alive!
A Muslim holocaust is in the making!
Do you know that you cannot call the Slave Master and his friends terrorists?
Only the victims who fight back are terrorists,
Never mind if the Zionist media terrorizes truth or Palestinians or Muslims.
Do you know that
Those who preach pluralism cannot give space to the Din of Islam?
Those who preach democracy in Europe cannot accomodate it in Indonesia, Algeria and Turkey lest would be liberated.

O Iqbal!
Do you know that Islam is to be tolerated by the New Slave Master only if it is Protestantized, Liberalized, Secularized or Westernized?
Only if it is confined to the mosque, to mysticism,
Only if it preaches that all religions are the same.

O Iqbal!
Have you heard what George Tenet said other day:
“The United States is mightier than the Roman Empire and Israel is our friend.”
If you want “peace” you have to lick our shoes,
or else you will be terrorized in the name of peace,
Or else, we will send the thugs and robbers to loot your banks
And they blame you
for “lack of transparency” and “poor corporate governance”.

O Iqbal!
Sixty four years after you returned to the Mercy of Ar-Rahman
The world of the Musulman is still in disarray
As beggars, we wait for crumbs to fall from the Slave Master’s plate
Like hungry wolves, we bark and bite one another and plunge at one another’s throat in the name of Jihad
Killing more of our kind than the real enemy,
Kafirizing more than we can Islamize,
Monopolizing the Paradise of Al-Rahman to one’s own Jama’ah
While the Slave Master and his friends rejoice at the Muslim tragedy,
acting their script.

O Iqbal!
Don’t turn in your grave if I tell you
that the Muslim world is the champion today in corruption and illiteracy
Or, that our rulers are among the smartest in deceiving the masses,
Having mastered the art from Machiavelli’s Prince.
Or, that some of our elites are the greatest drinkers of the wine of Kafirun,
intoxicated, they try to sell cheap versions of it in their stores,
beguiling the local youth as they deconstruct the blessed Zam-Zam to make it taste like beer and wine,
and succeeding in making the young worship celebrities as divine.
Or, that the Muslim Malay community excels in fitnah menfitnah
pouring the poison of hatred where love once stood.

O Iqbal!
Where is the ishq that used to drive you to divine ecstasy?
Where is the nur that illumines the heart and obliterates man’s egoism?
Where is the mahabbah and rahmah that forge the bonds of love and salam?
Where is the hidayah that destroys insincerity, hypocrisy and greed?
Where is the ‘ilm that elevates the soul to its True Master?
Where is the taqwa that imbues thought and action with righteosness?
Where is the bal-i-jibrail that will deliver us from this earthly misery?…
Can the Khairu Ummatin ever emerge from robots, rubbles and bubbles?

O Iqbal!
Behind this veil of melancholy, I see an array of hope,
In the places of today’s Pharaoh, many Moses are being born,
Out of the gospel of Trinity into the glad of Tawhid,
Among the ruins of Cordoba, I met Sister Tamara,
a blend of the tulip of the Occident and the rose of the Orient.
Many more Tamaras are blossoming
in the wasteland of modernity and post-modernism,
lighting candles in the dungeons and hedonism.
Many more Bilals are growing up in Harlem
to proclaim the rise of Isa, son of Maryam.
From the minarets of New York, London and Paris,
He will preach the true meaning of “La ilaha illa’Llah, Muhammad Rasulu’Llah”.

Yes, O Iqbal, the sun will rise in the West
As Musa (alaihi’s s-salam) rose in the palace of Firaun. 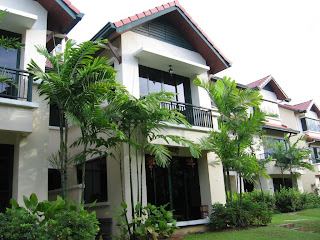 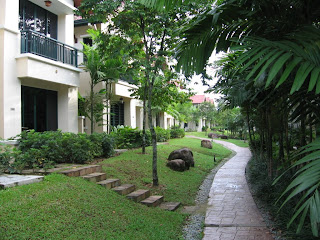 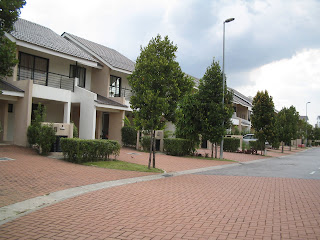 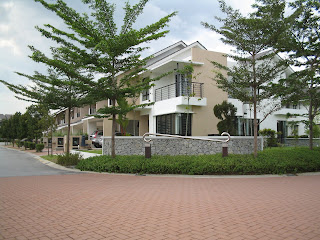 Email ThisBlogThis!Share to TwitterShare to FacebookShare to Pinterest
Labels: Kerja 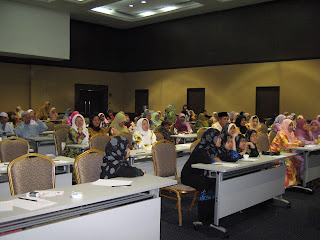 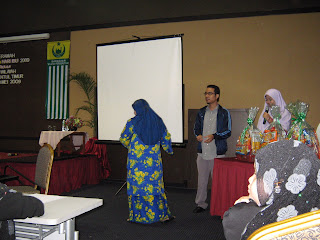